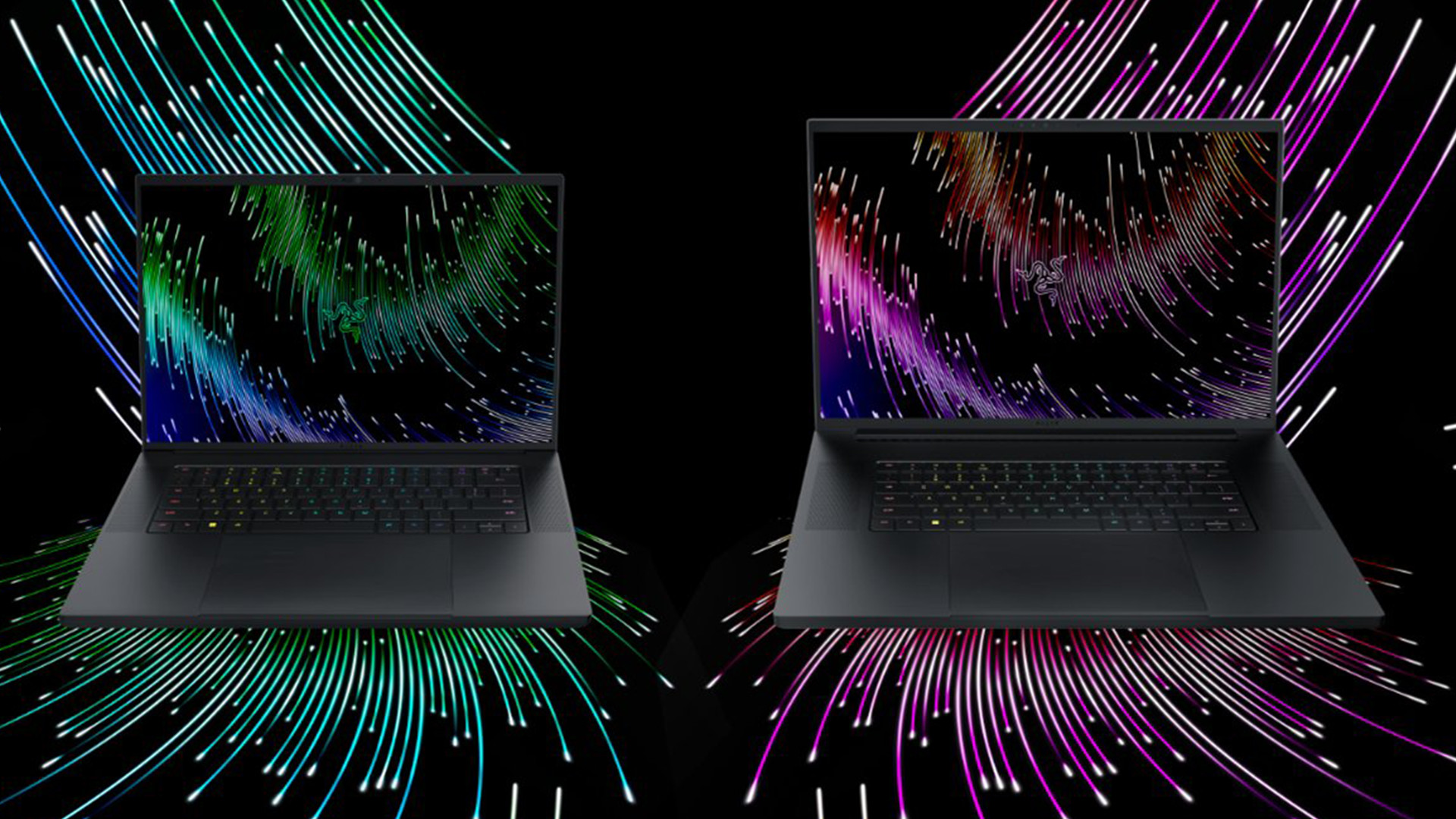 Razer is swinging back into gaming laptops game with the Blade 16 and Blade 18, both of which have some serious muscle behind them.

The two machines will “come equipped with the latest 13th generation Intel Core i9 HX chipset” and a GeForce RTX 40 series GPU from Nvidia that can run up to 175W TGP (Total Graphics Power). 175W refers to the amount of power being sent directly into the GPU to ensure high performance, though not power-efficiency as it will drain the battery pretty quickly.

Judging from the description, there will be multiple models of the Blade laptops corresponding to a specific graphics card. The full list is unknown. However, we know that one will house the powerful RTX 4090. As impressive as the hardware is, what really gets us are the differences between the two (opens in new tab). Arguably the Blade 16 is the less powerful of the two, but it still packs impressive features.

As the names suggest, each resolution is better suited for a specific task. Creator Mode allows content creators to work in 4K resolution for optimal quality. Game Mode, on the other hand, tones down the resolution in exchange for smoother gameplay. The “Plus” aspect refers to the accompanying features that further boost display quality such as support for HDR 1000 and 100% DCI-P3 color gamut for brilliant visuals.

The Razer Blade 18 has a different approach as it aims to be a replacement for desktop computers. Instead of two native resolutions, it sticks with a Quad HD Plus (2560 x 1440 pixels) display at 240Hz that Razer claims is the “perfect” middle ground for both work and play. And although it lacks HDR 1000, the device still supports all of the DCI-P3 gamut.

Other notable features on the Blade 18 (opens in new tab) that cements its “desktop replacement” status include “a 5MP camera, a THX spatial audio 6-speaker array, upgradeable components, a comprehensive port selection, and hyper-efficient vapor chamber cooling.” The Blade 16 has similar features, but to a lesser extent. For example, instead of a 6-speaker array, it has four. The Blade 18 has three fans for its cooling system while the 16 has two, and so on.

Speaking of the Razer Blade 16, there is one minor issue that should be mentioned. According to a report by Engadget (opens in new tab), switching between Creator and Gamer Mode is pretty “clunky.” Users will have to completely shut down the laptop and restart it back to change resolutions; you can’t just go into the menus.

Clunkiness aside, if you’re interested in either one, be prepared to cough up the cash. The Razer Blade 16 and 18 will run you $2,699.99 and $2.899.99, respectively. Both launch in Q1 2023 so they should be available for purchase within the next couple months.

If you’re looking for something more affordable, check out TechRadar’s guide on the best cheap gaming laptops for January 2023. We got some worth less than $700.

Tips for boosting your organization’s security posture with encryption